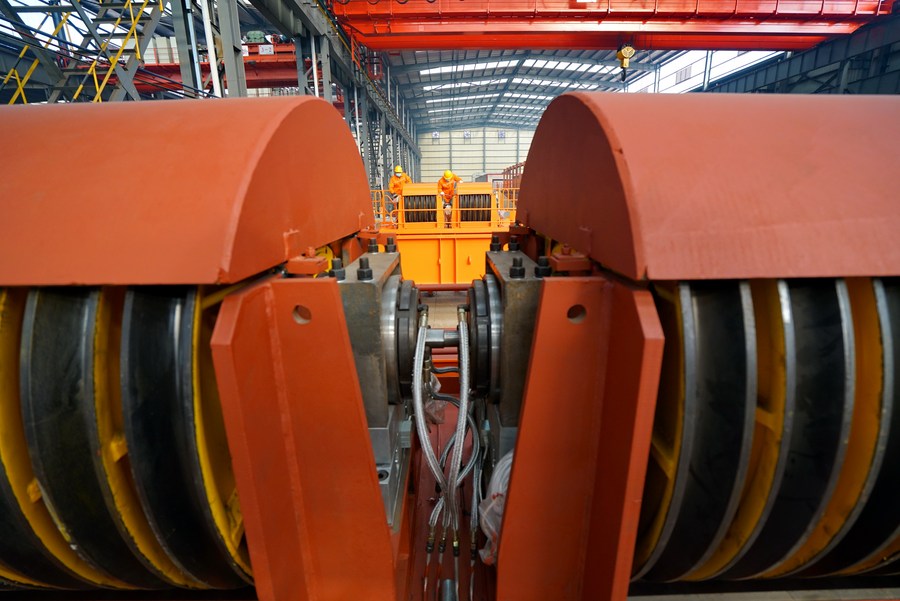 Industrial firms with an annual business turnover of at least 20 million yuan (about $3.08 million) raked in 1.83 trillion yuan in combined profits during the first three months, surging 137 percent year-on-year, according to the National Bureau of Statistics (NBS).

The rapid growth in production and sales was one of the major driving forces pushing up the profits of China's industrial firms, said NBS senior statistician Zhu Hong.

Previous data showed that China's value-added industrial output, an important economic indicator, went up 24.5 percent year-on-year in the first quarter, laying a sound foundation for the improvement of enterprises' profitability.

Profits in almost all industrial sectors increased during the period compared to a year ago, with nearly 40 percent of sectors doubling their profits, said Zhu. A total of 30 industrial sectors logged increases in profits compared with the first quarter of 2019.

Zhu noted that the manufacturing of raw materials played an important role in stimulating the growth of industrial profits.

The manufacturing of raw materials has experienced profit growth 88.4 percentage points higher than growth registered in the first two months, due to price hikes in commodities and recovering demand.

Though major industrial firms have sustained their growth momentum, Zhu noted that the recovery of these companies needs to be further consolidated, taking into consideration the uncertainties of the external environment and cost pressures caused by increases in raw materials prices.

Efforts should be made to maintain the continuity and sustainability of macro policies to propel the sound development of the industrial sector, according to Zhu.