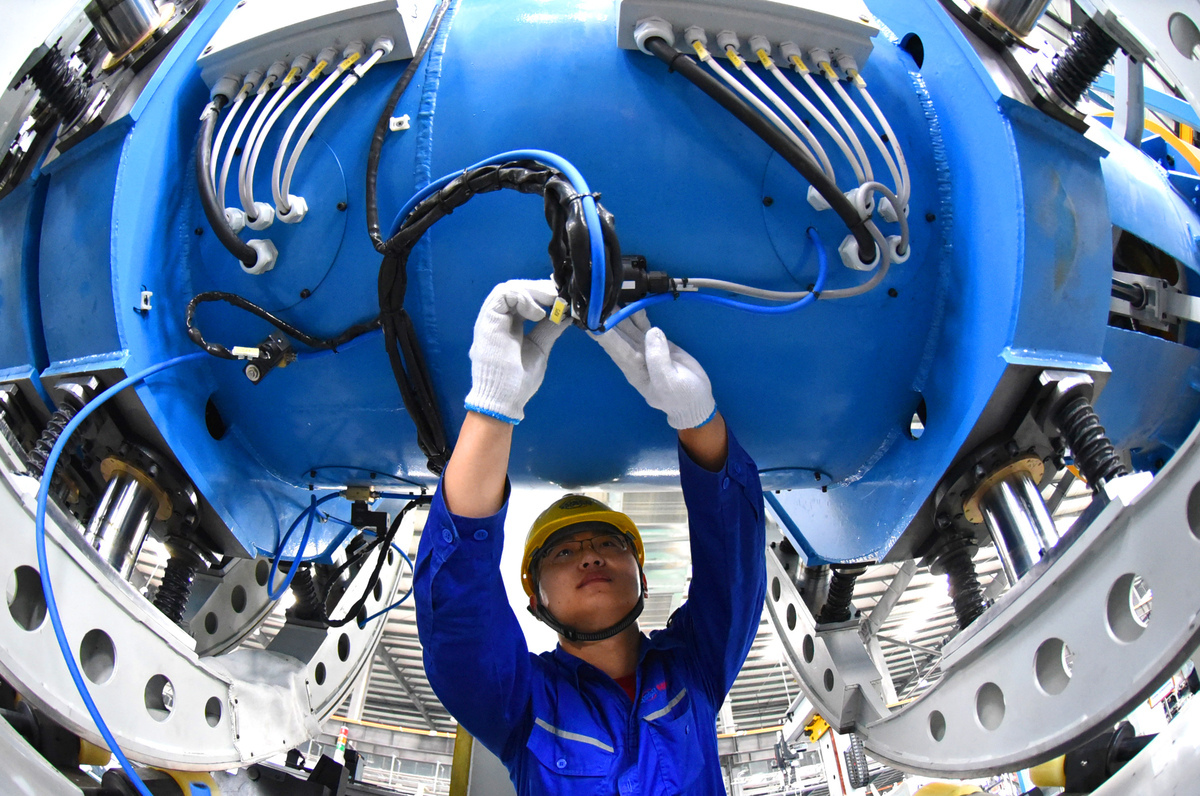 A technician works on the production line of LNG containers at a plant in Lianyungang, Jiangsu province. [Photo by Geng Yuhe/For China Daily]

China's GDP grew by 12.7 percent year-on-year in the first half of the year to 53.2 trillion yuan ($8.2 trillion), with the "steady and sound" growth momentum consolidated, the National Bureau of Statistics said on Thursday.

In the second quarter, the economy grew by 7.9 percent year-on-year, down from 18.3 percent in the first quarter, as the effect of low comparison base due to the outbreak of COVID-19 eased, the bureau said.

On a two-year average basis, China's economic growth accelerated in the April-June period with a GDP growth rate of 5.5 percent, up from 5 percent in the first quarter.

The quarter-on-quarter GDP growth for the April-June period came in at 1.3 percent, versus 0.6 percent for the first three months.

Industrial output rose by 15.9 percent year-on-year over the first half of the year, putting the two-year average growth to 7 percent, the NBS said.

Retail sales grew by 23 percent on a yearly basis in the first half and 4.4 percent on the two-year average basis.

The growth in fixed-asset investment came in at 12.6 percent on a yearly basis in January-June period, sending the two-year average growth to 4.4 percent.

Surveyed urban jobless rate came in at 5 percent in June, the same with May, the bureau said.

Despite improvements, the NBS said more efforts are needed to consolidate the foundation for the steady recovery, with focus on unlocking the potential of domestic demand, helping businesses overcome difficulties and accelerating reform and opening-up.