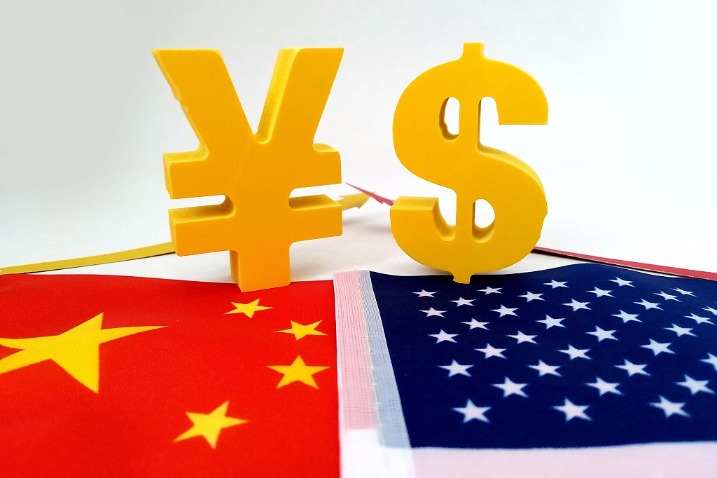 As China and the United States have started to improve bilateral economic and trade relationship, the top two economies should conduct more trade consultations with a more rational and candid approach, according to experts and business leaders.

The two sides should work together to normalize their trade and economic ties, which is critical not only for their own economic development, but also for the world economic recovery, they said.

Their comments came after Vice-Premier Liu He, who is also a member of the Political Bureau of the Communist Party of China Central Committee and chief of the Chinese side of the China-US comprehensive economic dialogue, talked by video link with US Trade Representative Katherine Tai on Saturday.

They also agreed to maintain communication based on equality and mutual respect and create good conditions for the healthy development of Sino-US economic and trade relations and the recovery of global economy.

"The Sino-US economic and trade relations are so important that it is not a choice but an obligation for the two countries to improve it," said Zhang Yansheng, chief researcher at the China Center for International Economic Exchanges.

"In the past decade, China and the US have contributed nearly half of world economic growth. Their cooperation benefits the world economy, while confrontation leads to more risks and losses," Zhang said.

During the virtual talks, Liu and Tai exchanged opinions on the implementation of the Sino-US economic and trade agreement. Each side expressed its core concerns and agreed to solve each other's reasonable concerns through consultation.

The Chinese side also called for the lifting of additional tariffs and sanctions, and clarified its stance on such issues as economic development model and industry policies.

Huo Jianguo, vice-chairman of the Beijing-based China Society for World Trade Organization Studies, said additional tariffs on Chinese imports have proved futile in reducing the overall US trade deficit, while increasing US domestic price levels and adding to inflation pressure.

It is also against the spirit of equality for the US to ask China to expand imports while restricting US high-tech exports and investment in the US by Chinese enterprises, he added.

Qin Gang, China's ambassador to the US, said that despite the COVID-19 pandemic, China has sincerely and steadily implemented the economic and trade agreement, including having taken tangible steps and making headway in areas ranging from intellectual property right protection and expansion of agricultural imports from the US to opening up the financial sector.

In contrast, the US has set up multiple obstacles and restrictions on Chinese enterprises and on economic and trade exchanges and investment cooperation, Qin said.

"Whatever concerns that the two sides have can be put on the table for discussion, but the US side must take a pragmatic and sincere attitude," Qin said.

Experts and business leaders also emphasized that a healthy Sino-US economic and trade relationship is important for Chinese and US enterprises to grow.

As China contributes one-third of its global revenue growth, Danaher Corp, a US-based industrial and medical equipment manufacturer, said it is confident that China will continue to be the world's most important manufacturing and trade hub.

"The Chinese government has made significant progress in building in China a more open and welcoming market for foreign investment," said Jason Peng, president of Danaher China.