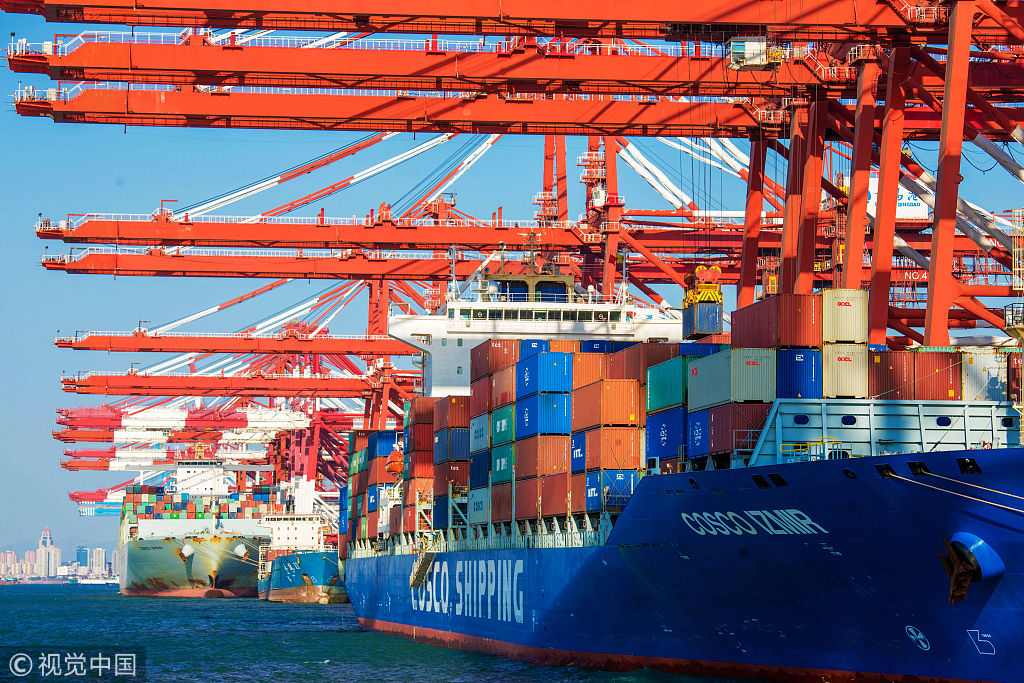 China is expected to make strenuous efforts to promote high-quality development of foreign trade during the 14th Five-Year Plan period (2021-25), which will pivot on high-level opening-up, innovation and green development, said government officials and trade experts.

Ren Hongbin, vice-minister of commerce, said during an online news briefing on Wednesday that the 14th Five-Year Plan period is critical for China to achieve high-quality development of foreign trade.

And that is also a goal China must accomplish to build a high-level open economy, enhance strength and competitiveness, and boost the dual-circulation development pattern, which takes the domestic market as the mainstay while letting foreign and domestic markets reinforce each other, Ren said.

While China's foreign trade is on a fast growth track, operational pressure among many foreign trading companies has been increasing, especially for small and medium-sized participants, he said, adding that it is quite common nowadays for foreign trade companies in China to refuse new orders and profits fail to grow despite increased revenues.

Ren made the remarks after the State Council, the country's Cabinet, officially announced on Tuesday its approval of a plan aimed at pushing high-quality development of foreign trade during the period with a focus on key tasks such as improving the structure of goods trade, and innovatively developing services trade.

Those tasks also include accelerating growth of new foreign trade models such as cross-border e-commerce and overseas warehousing, improving trade digitalization, and building a green trade system that is based on low-carbon trade standards and certification mechanisms, green trade platforms and pro-green trade policies among many others measures.

Under the plan, China will "proactively seek to strengthen trade cooperation with emerging markets, secure stable operation of international industrial and supply chains and expand imports", he said.

"The plan emphasizes proactively taking part in the formation of global economic and trade rules, expanding opening-up and cooperation in trade, and firmly supporting multilateralism to accelerate the nation's transition toward institutional opening-up," Ren said.

Data from the ministry showed China's foreign trade totaled $4.89 trillion during the first 10 months, already exceeding the full-year amount in 2020 to reach a record.

Its exports and imports accounted for 14.6 percent and 12 percent of the world's total, respectively, during the period, with trading partners covering 230 countries and regions.

Zhou Mi, a senior researcher at the Chinese Academy of International Trade and Economic Cooperation, said the plan offers a clear direction for China to pursue high-quality development in foreign trade.

Ren added that the nation will well implement cross-cyclical adjustments and roll out new policy measures at proper times to stabilize foreign trade, in response to the actual difficulties faced by foreign trade enterprises.