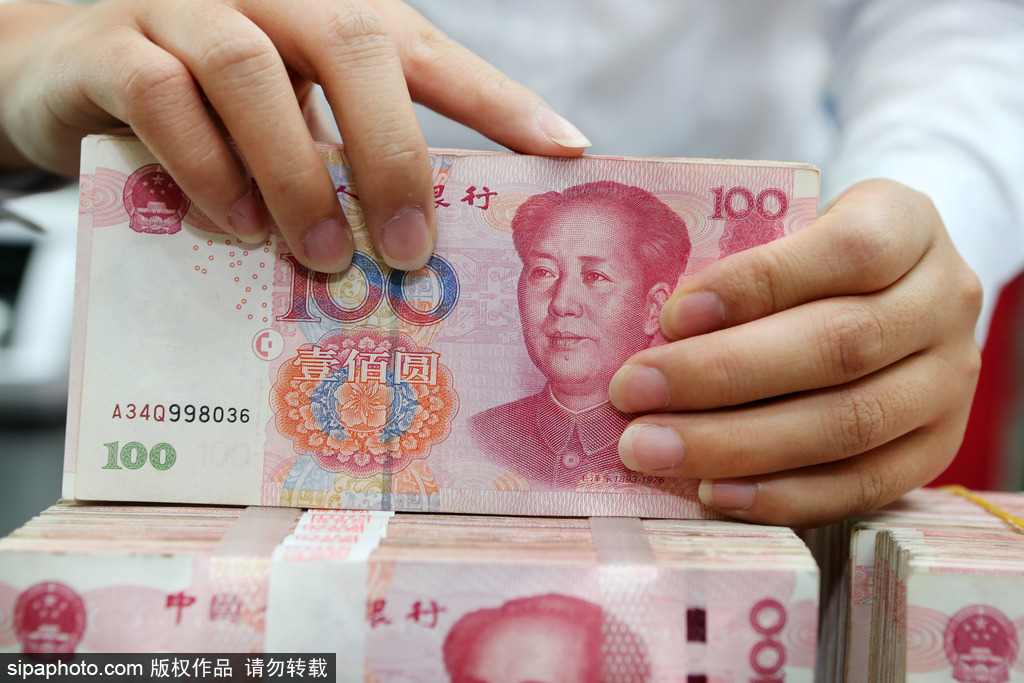 A clerk counts cash at a bank in Nantong, Jiangsu province. [Photo/Sipa]

China's latest move to encourage renminbi settlement in cross-border e-commerce will help stabilize the operation of foreign trade enterprises and boost internationalization of the currency, experts said on Tuesday.

The People's Bank of China, the nation's central bank, published a circular on Monday that improved policies for cross-border renminbi settlement in e-commerce and other new modes of foreign trade to better serve the real economy and facilitate trade and investment.

The circular, effective July 21, has enlarged the scope of transactions eligible for cross-border renminbi settlement that involves payment institutions from goods and services trade to all transactions under the current account. It detailed requirements for banks and payment institutions to carry out the settlement services and specified arrangements for authenticity verification and anti-money laundering.

Liu Chunsheng, an associate professor at the Central University of Finance and Economics, said intensified fluctuations in the renminbi exchange rate this year have plagued many foreign trade enterprises, which underlines the importance of the circular in helping mitigate exchange rate risks.

Liu said the circular will facilitate foreign trade companies in choosing the renminbi as a settlement currency by providing a clear and friendly policy framework, thus helping them hedge risks associated with currency exchange.

Notably, making all transactions under the current account eligible for renminbi settlement will help enterprises avoid currency exchange risks when it comes to payment of expatriate salaries and repatriation of investment returns generated overseas, he said.

The new rules may strengthen the international status of the renminbi as they will give rise to a bigger amount and a larger scope of cross-border renminbi settlement, said Chen Jia, a researcher at the International Monetary Institute, which is part of the Renmin University of China.

More policies to facilitate the cross-border usage of the renminbi are expected to come about and further cement the basis for renminbi internationalization, Chen said.

Cross-border renminbi settlement has seen rapid growth in China as using the country's currency in cross-border trade amounted to 806 billion yuan ($120.4 billion) in May, up 33.84 percent year-on-year, according to Wind Info.

In Shenzhen, Guangdong province, banks and payment institutions had made 532.37 billion yuan in renminbi settlements for cross-border e-commerce as of the end of May, benefiting approximately 81,000 e-commerce businesses, said the Shenzhen branch of the PBOC.

In a separate move, the PBOC issued 5 billion yuan worth of central bank bills in Hong Kong on Tuesday, which experts said will help underpin the value of the offshore renminbi. The offshore renminbi was traded at about 6.6942 against the dollar as of Tuesday afternoon, versus Monday's close of 6.6902.