Jan-Aug FDI up 16%, likely to grow this year - Latest News - China International Import Expo "6+365" One-Stop Trading Services Platform
Solemn Statement
China International Import Expo (CIIE) "6+365" One-Stop Trading Services Platform is solely authorized by Shanghai Municipal Commission of Commerce. The sole official website is http://www.e-ciie.com.
The platform has never authorized any other website to publish relevant information and provide comprehensive services. Please stay cautious and pay close attention so as to protect yourself from fraud. The platform will bear no liability if you apply for the visit or participation through methods other than the official website and suffer losses therefrom. The platform reserves the right to investigate the corporate and individual infringers' responsibilities.
Hereby Declare
China International Import Expo (CIIE)
"6+365" One-Stop Trading Services Platform
5-10 Nov, 2022 National Exhibition and Convention Center (Shanghai) 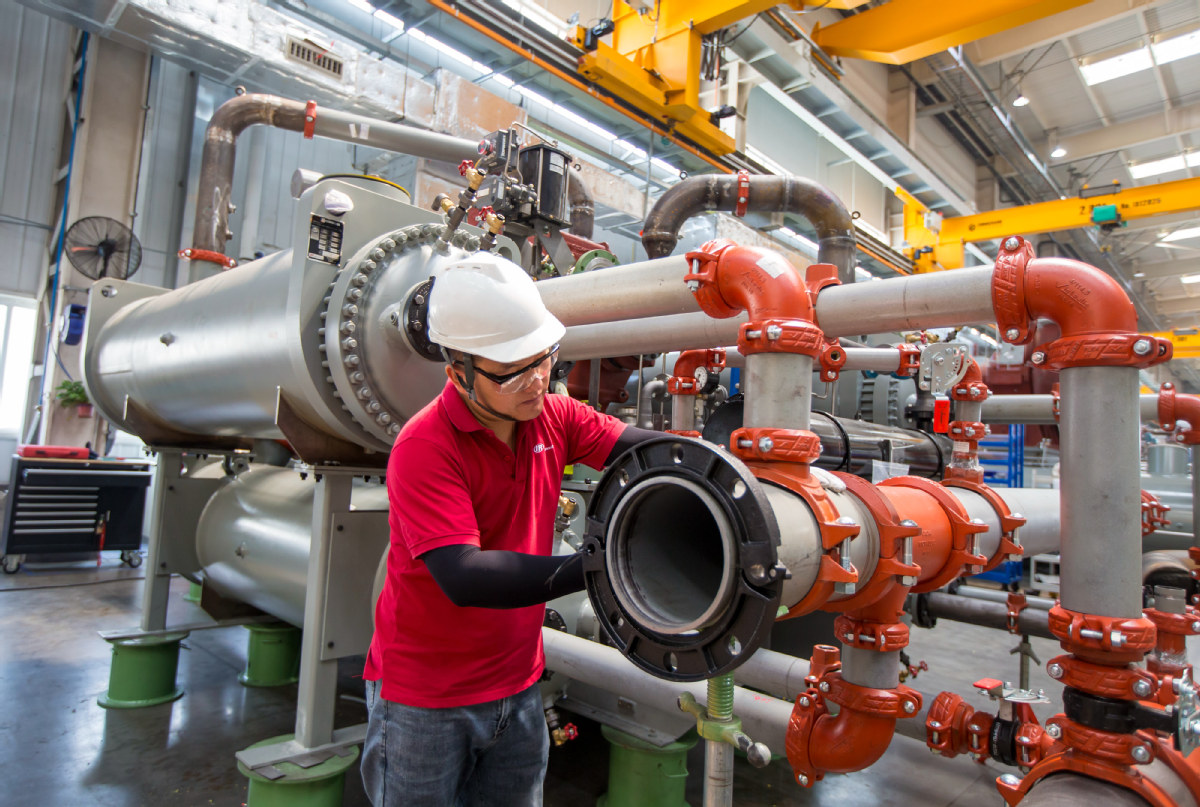 An employee works on the production line of a foreign-funded machinery manufacturer in Suzhou, Jiangsu province. ZHAI HUIYONG/FOR CHINA DAILY

Foreign direct investment in the Chinese mainland expanded 16.4 percent year-on-year to 892.74 billion yuan ($127.24 billion) in the first eight months of this year, data from the Ministry of Commerce showed.

Backed by a complete industrial system, a massive market and social stability, China has created a solid foundation for the growth of foreign-funded companies despite challenges that are threatening the global economic recovery, said Wang Wen, executive dean of the Chongyang Institute for Financial Studies, which is part of Beijing-based Renmin University of China.

"As Chinese companies have leapfrogged ahead of many global businesses in newly emerging fields like electric vehicles, cross-border e-commerce, artificial intelligence and green development, foreign players also wish to partner with them to seek more growth points," he said.

Meng Wei, a spokeswoman for the National Development and Reform Commission, the country's top economic regulator, said the government will expedite the new edition of the industry catalog of sectors encouraging foreign investment. This will further expand the scope of foreign investment in advanced manufacturing, scientific and technological innovation and modern services in China's central, western and northeastern regions.

FDI in China's eastern region grew by 14.3 percent year-on-year during the January-August period. The corresponding figures for the central region are 27.6 percent and 43 percent for the western region, official data showed.

Benefiting from free trade agreements such as the Regional Comprehensive Economic Partnership and many countries' growing demand, the foreign trade value of foreign-funded companies in China rose 2.4 percent year-on-year to 9.17 trillion yuan between January and August, accounting for 33.6 percent of China's total trade value, according to the General Administration of Customs.

While many parts of the world are contending with energy supply shortages and related surges in prices, China's efforts to keep power prices down and boost its well-developed infrastructure facilities like power generation plants, roads and ports will continue to bolster the confidence of global companies in the country, said Zhao Ping, vice-president of the Academy of China Council for the Promotion of International Trade in Beijing.

By the end of August, the government had abolished, revised or enacted 520 regulations to improve the legal environment for foreign investment, according to information released by the Ministry of Commerce.

Attracted by China's lucrative market, FDI from the Republic of Korea grew 58.9 percent year-on-year in China in the first eight months, while investment from Germany and Japan climbed 30.3 percent and 26.8 percent, respectively.

"For Japanese businesses, the unified consistency of the Chinese market is rare, even unique, in terms of language and culture on a global scale," said Kenichi Tanaka, president of Fujifilm (China) Investment Co Ltd.

Though some companies plan to implement the "China Plus One" strategy by diversifying their supply chains to disperse risk, the country still has advantages in its complete industrial chains and broad market prospects, he said.

"With China deploying more resources to push digital transformation, peak carbon emissions before 2030 and achieve carbon neutrality before 2060, our healthcare and highly functional materials businesses will be two key areas for future growth in the country," he said, adding China contributes about 13 percent of the group's annual sales.