China-Africa Medical Device Export Trade Analysis Report
Development background
China's international trade is developing rapidly
Since China joined the World Trade Organization in 2001, China's imports and exports have grown rapidly in 10 years. At present, China is already the world's largest exporter and the world's second largest importer, and has become an important force for the stable development of the world economy. According to customs statistics, in the first half of 2021, the total value of China's exports is about RMB18.07 trillion Year-over-year growth 27.1%。among them, exports about 9.84 trillion yuan ，Year-over-year growth 27.63%；import about 8.23 trillion yuan ，，Year-over-year growth 26.03%；Trade surplus about 1.62 trillion yuan 。
China's medical device export opportunities
On the one hand, the domestic medical device industry foundation develops maturely, domestic Mid-low end Market demand tends to saturate and has emerged Overcapacity The phenomenon, the blankness of the international medical device market is the vertex of China's industrial development. On the other hand, China attaches great importance to the credibility of export products, is committed to ensuring the safety of people around the world with firearms. Compared with domestic sales, China has a more stringent regulatory system for the export of medical device products, especially a sound technical training and after-sales service system.
The African device market has great potential
Africa has more than that 1 billion The total population, but the overall cultural development is slow, customs and habits are poor, the public health care system has not yet been established and perfect; At the same time, african countries generally lack medical device manufacturing due to lagging economic development and backward industrial levels. According to statistics, Africa 95%All medical device products need to be imported.
Export status quo
Medical device exports to Africa account for only 2.76 per cent of total exports
In the first half of 2021, China's medical device exports amounted to $47.931 billion ，Of these, only africa is exported $1.201 billion ，proportion 2.76%。 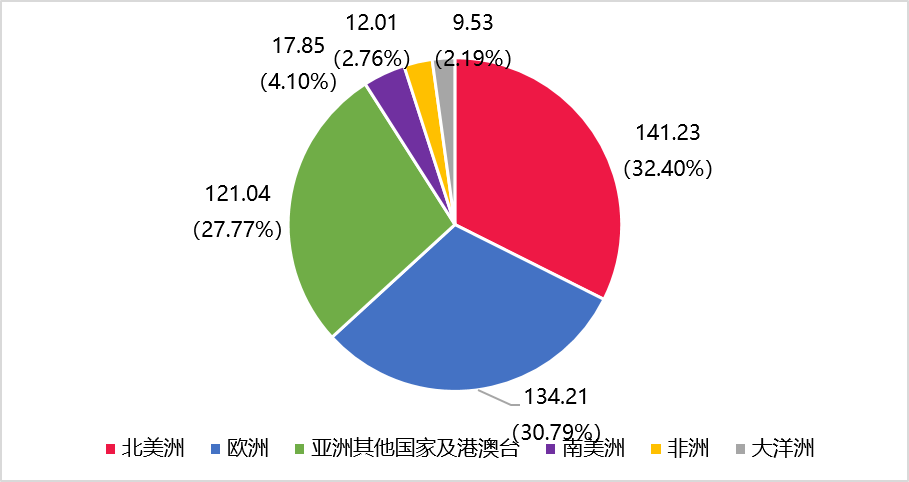 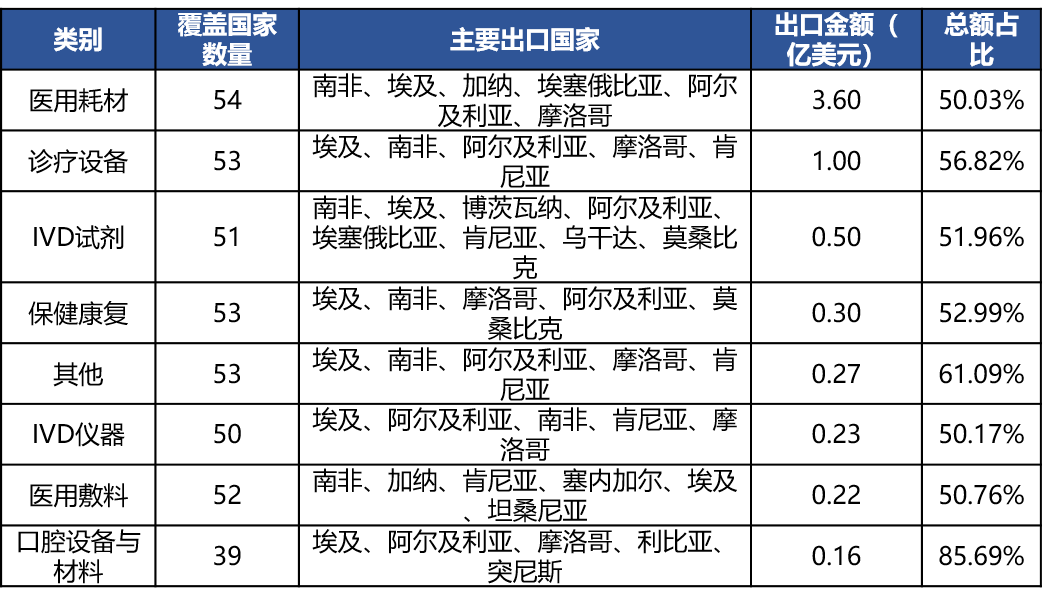 Diagnostic reagents and medical gloves export strongly
China in the first half of 2021 Medical masks Exports to Africa amounted to trade $182 million ，Export trade in medical protective clothing reached $44 million ，Respiration machine Export trade amounted to $38 million ，This represents a significant decrease from 2020. In contrast, the proportion of exports of diagnostic reagents and medical gloves increased 。

South Africa and Egypt are major export trading partners
In terms of national export markets, the export of medical device commodities to South Africa reached $200 million ，It topped the list, accounting for Africa's total exports 16.68%，This represents a significant decrease from the 2020 share. Egypt, Algeria, Ghana and Ethiopia then exported in the same amount $1.74, 0.63, 0.63 and $58 million ，In the top five, export markets in Egypt, Algeria and Ghana expanded slightly from 2020 。

Some varieties still need local economic development support
According to the data released by the General Administration of Customs of China on trading partners, in the first half of 2021, countries with high demand for highly specialized commodities such as oral equipment and materials, other disinfection and laboratory instruments are more concentrated and it will be difficult to fully open up the African market in a short period of time. And by the new crown outbreak and local medical and health effects, medical supplies and IVD reagents in countries in great demand, export markets are broad.

Hair trend
The African medical device market is promising:
By the end of 2020, Africa had the second largest population in the world, but the continent was lagging behind in health care, spending less per capita on health, and the rest of the world was spending 10 times as much on health care as Africa. In the future, with the development of African economy and the improvement of infrastructure, the vacancy of medical device per capita in this continent will be an indispensable opportunity for the development of China's medical device industry.
The scale of equipment exports will continue to expand:
China's total trade in medical device exports to Africa will grow at a CAGR of more than 20 in 2017-2019 ，With the maturity of the China-Africa Forum and the progress of the Belt and Road Cooperation, it has been added Cross-border e-commerce With the rapid development of China's medical device exports to Africa, the scale of China's medical device exports will continue to expand, and the total export trade will climb 。
Disposable hygiene supplies are mainstream:
2017 - Due to the economic backwardness of most African countries, while Africa The number and incidence of infectious diseases are high, and low-cost disposable medical supplies Is current and future for a long time, exports to Africa's main medical device products. However, with the improvement of the level of economic development of various countries and the emphasis on the level of national health care, relatively high-priced medical device products such as respiratory, imaging, and monitoring will gradually enter the export african market.
The publishing unit 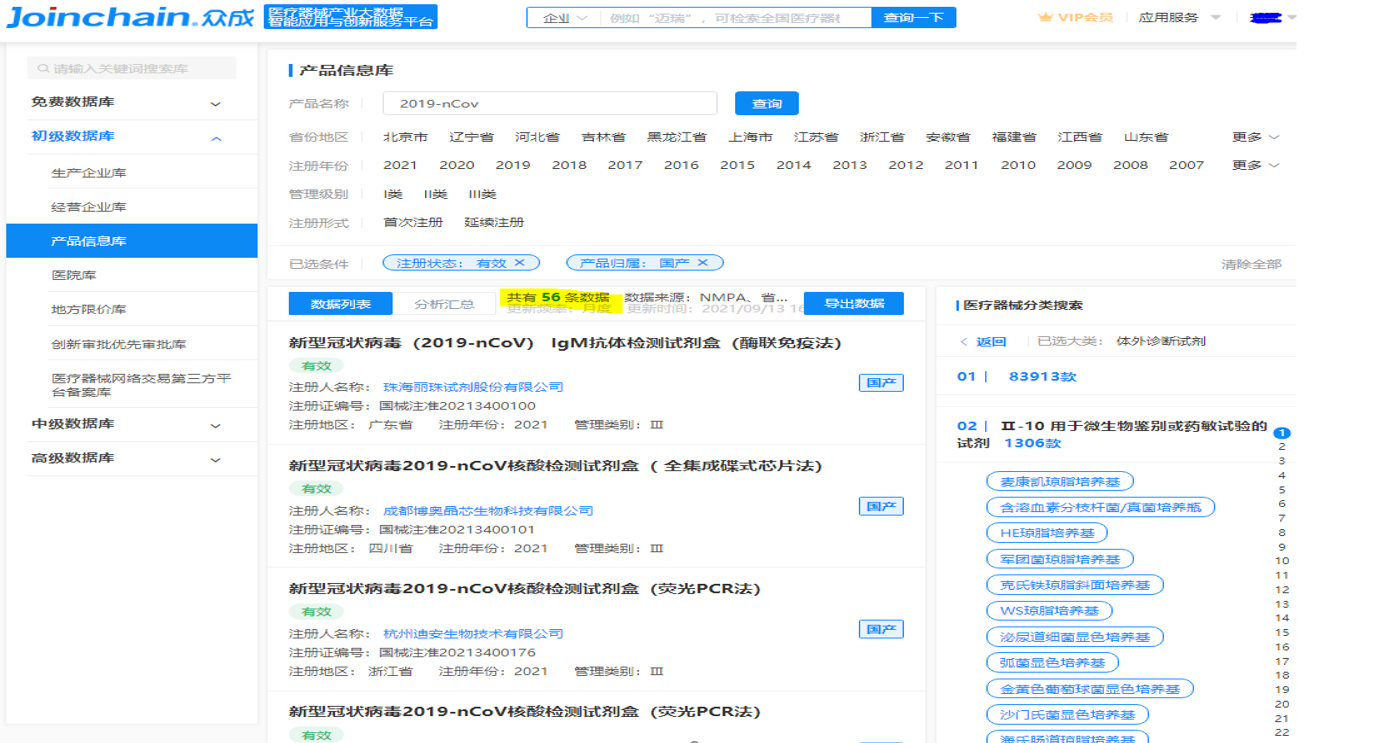 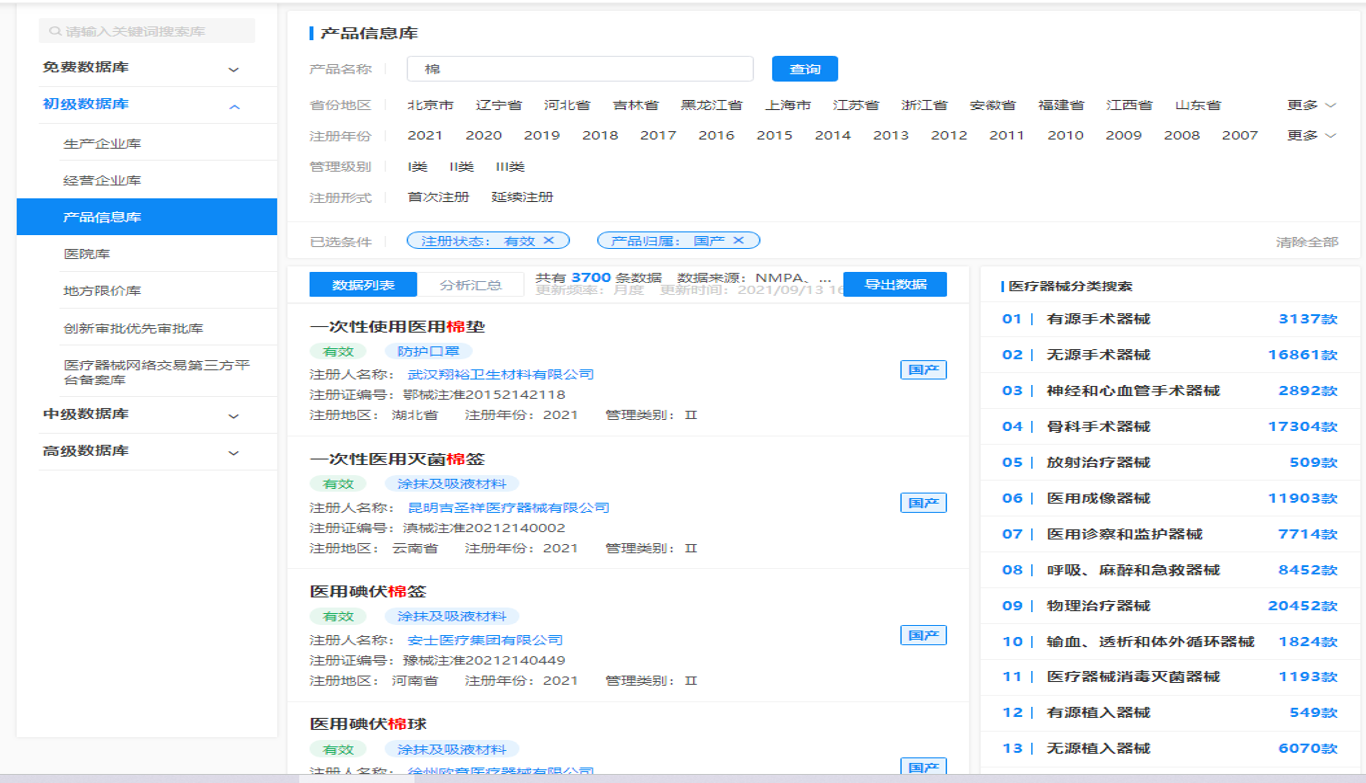