On the morning of November 7, the on-site signing ceremony of the Shanghai Capital Group's state-owned group was held at the National Convention and Exhibition Center (Shanghai). Li Qiang, secretary of the municipal party committee, attended and witnessed the signing of the project. The deputy secretary of the municipal party committee and the mayor Ying Yong delivered a speech. Wang Bingnan, vice minister of the Ministry of Commerce, and Descaia, the Spanish ambassador to China, attended the meeting. Zhou Bo, member of the Standing Committee of the Municipal Party Committee and executive deputy mayor. The Secretary-General of the Municipal Government, the Director of the General Office, Tang Zhiping, the Deputy Secretary-General of the Municipal Government, the Secretary of the Party Committee of the State-owned Assets Supervision and Administration Commission, and Director Song Yijia attended the signing ceremony. 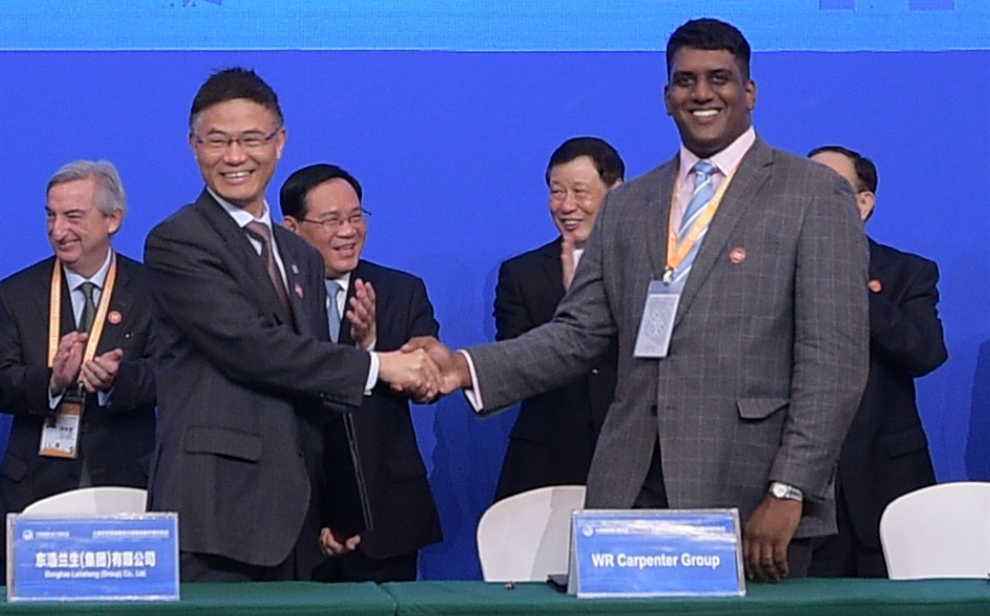